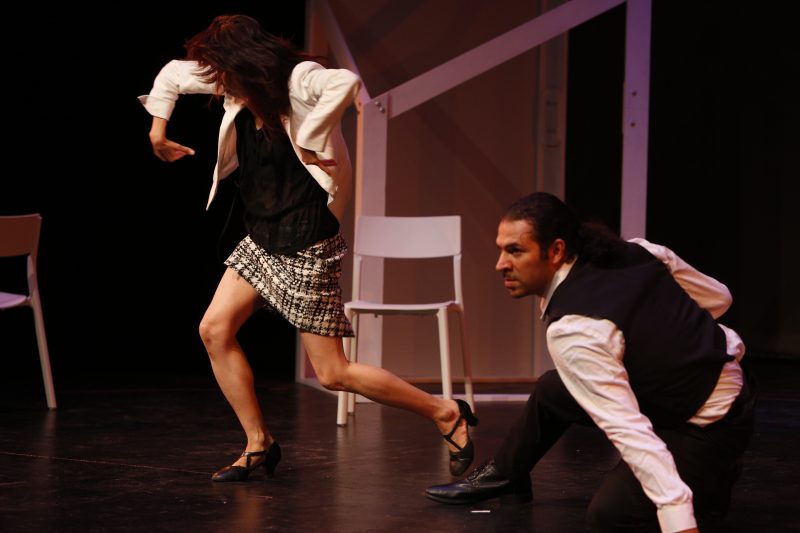 We are thrilled to announce that the company is hosting Helena Franzén to teach a workshop in Philadelphia from May 2nd through 3rd at the University of the Arts (1401 Walnut Street).  This two-day/10hrs. intensive workshop will be in two parts: 1) Dance Technique “The Breaking Body” 2) Creative Process “The Duo Experience.”  Please read the descriptions below and Helena’s Bio.

@ The University of the Arts – 1401 Walnut Street, Philadelphia (above Banana Republic)

Helena Franzén’s technique class is released based and the focus is to open the body finding the ease and the efficient way of moving. Floor exercises and inspiration of yoga are methods to find the centre, the flexibility and the strength of the body. We are working on the importance of the breath, creating a sensitive mind together with the body.

The warm-up is a preparation to a longer phrase material where different dynamics and awareness of the space and musicality is exposed and clarified. Physical challenges of covering space are encouraged.

In the workshop we are dealing with the physical interpretation of a repertoire material and what happens in the transmission when the dancer is trying to understand the qualities and the nature of the movement language. We ask questions about how you can get closer to the understanding of the physicality. What is it to really understand a movement within a dancer?

We start from a specific solo material and challenge ourselves, trying different ways and methods how to approach unfamiliar movements, how take charge and finally how to give in to the movement. During the workshop the solo material is going to be translated and explored into duos.

How can we communicate with another interpreter that knows the same dance material? In the interpretation of the solo material we discover new layers of consciousness, getting sensible to the constant change of the body knowledge.

Above all, the workshop encourages taking risks in body and in mind- a tribute to pure delight of the dancing body!

Over the years Helena Franzén has choreographed more than 70 pieces. Helena has been commissioned to create works for The Göteborg Ballet, Skånes Dansteater, Norrdans, DDT Company, Copenhagen the Royal Opera in Copenhagen and The Edge at the Place in London. She also teaches technique classes and repertoir in Sweden and abroad.

In her work, Helena Franzén focuses on the dancing, musical body. Anatomical structures, dynamic progression and physical functions are recurrent themes in her artistic pursuits. During the years, she has developed a personal movement vocabulary, charged with intricate, physical challenges and explosiveness – a special poetry of the articulated body.

All of her dancers contribute with their individual integrity of motion and a strong and intense presence. In her most recent productions, she has developed a close collaboration with musicians performing live. The music and the dance challenge each other, creating a nerve and density running through the dynamics of the moving body as well as time structures.

In 2007 Helena Franzén obtained a 10-year grant from the Swedish Arts Grants Committee. In 2014 she was awarded The Gunnevik prize with the motivation:  A choreographer whos artistic work appeared as mature and detailed already from the beginning. She is uncompromisingly and consistently investigating in the eternal possibilities of the movements in her dance. She is a dance artist that together with her dancers create the poetry of the articulated body. 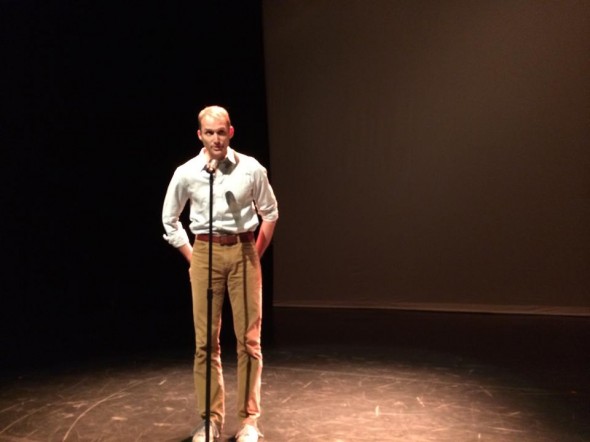 The Company received a 2014 Rocky Award from our beloved dance artist, Beau Hancock.

The Rocky Awards celebrate outstanding achievement in a production, a performance, a set design, or other accomplishment in Greater Philadelphia’s dance community. There are no categories, committees or ballots. Each recipient wins the honor of selecting a “champion” to receive a Rocky Award in the subsequent year. The Rocky Awards are presented in collaboration with FringeArts with support from Dance/USA Philadelphia.  More information about Rocky Awards: http://www.danceusaphiladelphia.org/events/rocky-awards 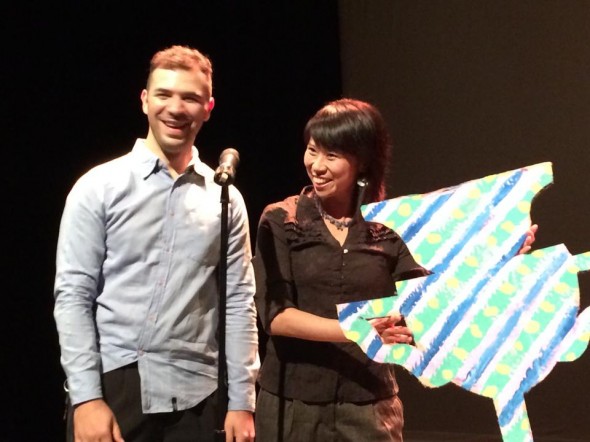 At the ceremony, Beau Hancock presented a tribute photos referencing our past and current works.  Here is the link to view the video: https://vimeo.com/106140918

From May through July, 2004, the company was engaged in  a two-month artist residency at the Instituto Sacatar, Itaparica, Bahia, Brazil.  The INSTITUTO SACATAR operates a residency program for creative individuals in all disciplines at its estate on the Island of Itaparica in the Bay of All Saints, across from the city of Salvador, Bahia, Brazil. 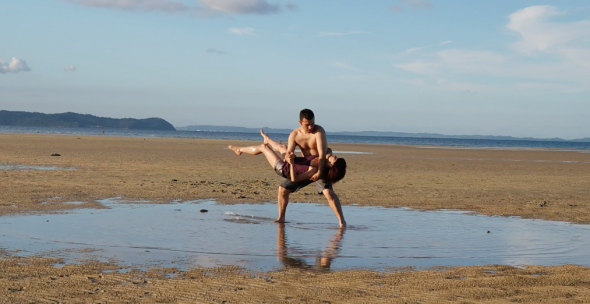 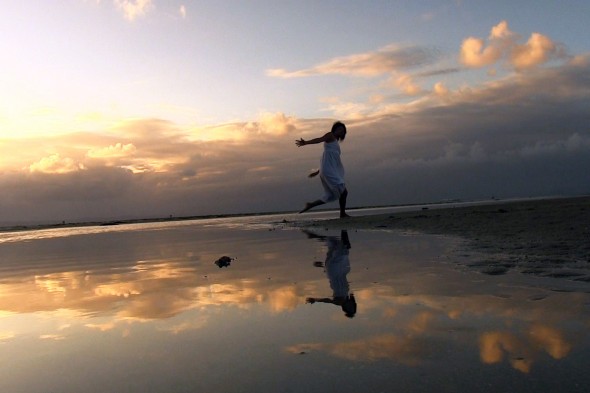 Rowan University Performing Arts 2014 presents “A Story of Three Cities”, an evening of dance and video by Da·Da·Dance Project. The performance will be at Pfleeger Concert Hall, Rowan University on March 5, 2014.

Tickets for Rowan students and staff with valid ID are FREE, but cannot be reserved.  The box office is open Monday – Friday, 9:00 am – 4:00 pm and one hour before the performance.

Erick Montes (Guest Choreographer/Performer) is a dancer/member of The Bill T.Jones/ Arnie Zane Dance Company since 2003. He trained at The National School of Classical and Contemporary Dance in Mexico City where his professional career started with Company Barro Rojo Arte Escénico in 1997. He holds a fellowship in Choreography from The New York Foundation for the Arts, and as faculty, he has been invited to The National Ballet Academy of Beijing, The International Project for Dance and Performing Arts in Rome, Italy and The Autonomous National University in San Jose, Costa Rica. Erick has collaborated with artists such as Stephen Petronio, Bill Young, Colleen Thomas, Jenifer Nugent, Ryan Kelly, Malcolm Low, Eun Jung Choi and Guillermo Ortega Tanus among others, presenting his own work in La MaMa Experimental Theater as part of International Series, E-Moves at The Gate House at Harlem Stage, Skirball Center for the Performing Arts for The Mexico Now Festival and The BlaTino Series at The Bronx Academy of Arts and Dance.

Luke Gutgsell (Guest Choreographer) is a Portland based dancer/choreographer. He was born and raised in Lexington, Kentucky where he began his early movement training in gymnastics. In 2004, he graduated from The Ohio State University with a BFA in Dance Performance. Luke also attended the Naropa Institute. He trained on scholarship at the Merce Cunningham studio and apprenticed and performed with Bill T. Jones/Arnie Zane Dance Company and Shen Wei Dance Arts. He has also had the great fortune to perform in the companies of David Dorfmans, Chris Elam, Risa Jaroslow, JoAnna Mendl Shaw, Tiffany Mills, Jody Oberfelder, Laura Peterson, Risa Jaroslow, Christopher Williams and Michou Zsabo. His choreography has been presented in New York City at Danspace Project, Dixon Place, The West End Theater and the LaMama Theater. 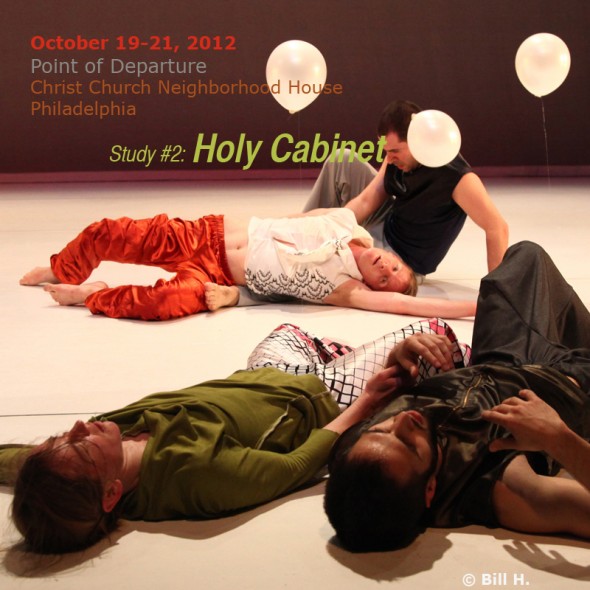 Study #2: Holy Cabinet is supported in part with funds from the Philadelphia Live Arts Festival as part of a Live Arts Brewery Fellowship.

In the space of Holy Cabinet, everything is possible and nothing is impossible. Our collective imaginations will act as vehicles to another world of the unforeseen.  Holy Cabinet’s playfulness breaks down its original structure, displaying a wide variety of visual images with its humor, buoyancy, and perplexity.  Set to an original music by Alban Bailly, Study #2: Holy Cabinet will be performed by “Philly’s most intriguing dancers” (by Lisa Kraus, Dance Magazine Jan. 12): Bronwen MacArthur, Guillermo Ortega Tanus, John Luna, and Scott McPheeters. 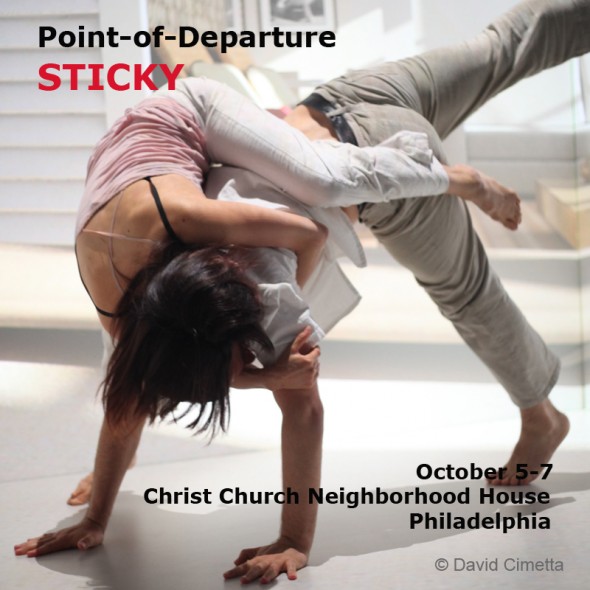 “STICKY” explores the nature of bonding as one human is to another, in image and in memory, examining sticky situations in relationships through a multi layered use of movement, 3-d media, film animation, music and text. 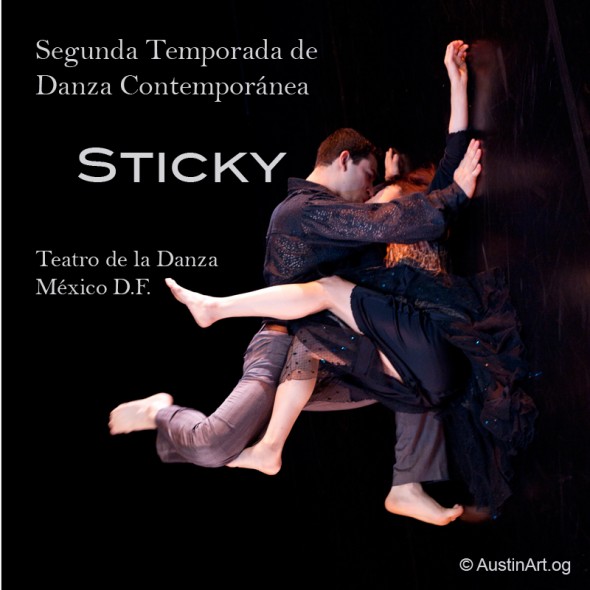 The company will be presenting two works: “Prey and Predator” and “Q&A”.

Both “Prey and Predator” and “Q&A” question and intend to subvert role-playing and power dynamics between (or/and within) the performers and the audience.  The works create theatrical/physical environments in which various games will be played.  The themes we explore frequently include aspects of one’s personality, social and emotional behavior and intelligence, with a curious mixture of the comic and tragic.